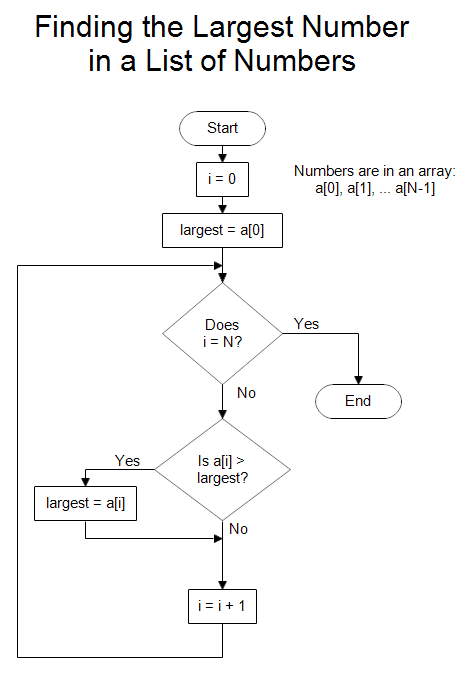 Finding the Largest Number in an Unsorted List of Numbers

Computer algorithms are written without referencing a specific language. They should be clear enough so that their implementation in any language is not difficult.
Drawing Instructions
If you haven't already done so, first download the free trial version of RFFlow. It will allow you to open any chart and make modifications.

Once RFFlow is installed, you can open the above chart in RFFlow by clicking on find-largest-number.flo. From there you can zoom in, edit, and print this sample chart. It is often easier to modify an existing chart than to draw it from scratch.

To draw this chart without downloading it, run RFFlow and use the Sample Stencil.
Next